Today I  walked to  Rabanal del Camino and had my bag transported to relieve my feet.  Of course, when you do this you have to choose where you’re going to stay the next night, both town and for sleeping.  I  chose the Albergue of Sra. Pilar, just because one of my DCF colleagues is Pilar, and she is a wonderful person.  Not a good tactic for choosing an albergue!

This place looks like some sort of western movie Mexican hacienda, and it’s very large.  I score a bottom bunk, but it’s next to both the door and the electrical outlets.  At least half of the residents are young, many of whom smoke.  There is a constant parade of people in and out seemingly all night.

Earlier in the day, I met a young woman from Denmark just coming out of Astorga.  Lara.  She wanted to walk with me, but she was so much faster than me.  I told her it just wouldn’t work.  But she was at Pilar’s, so we had the chance to catch up a bit.

I told another woman I met there about the storm.  She remembered and asked me the 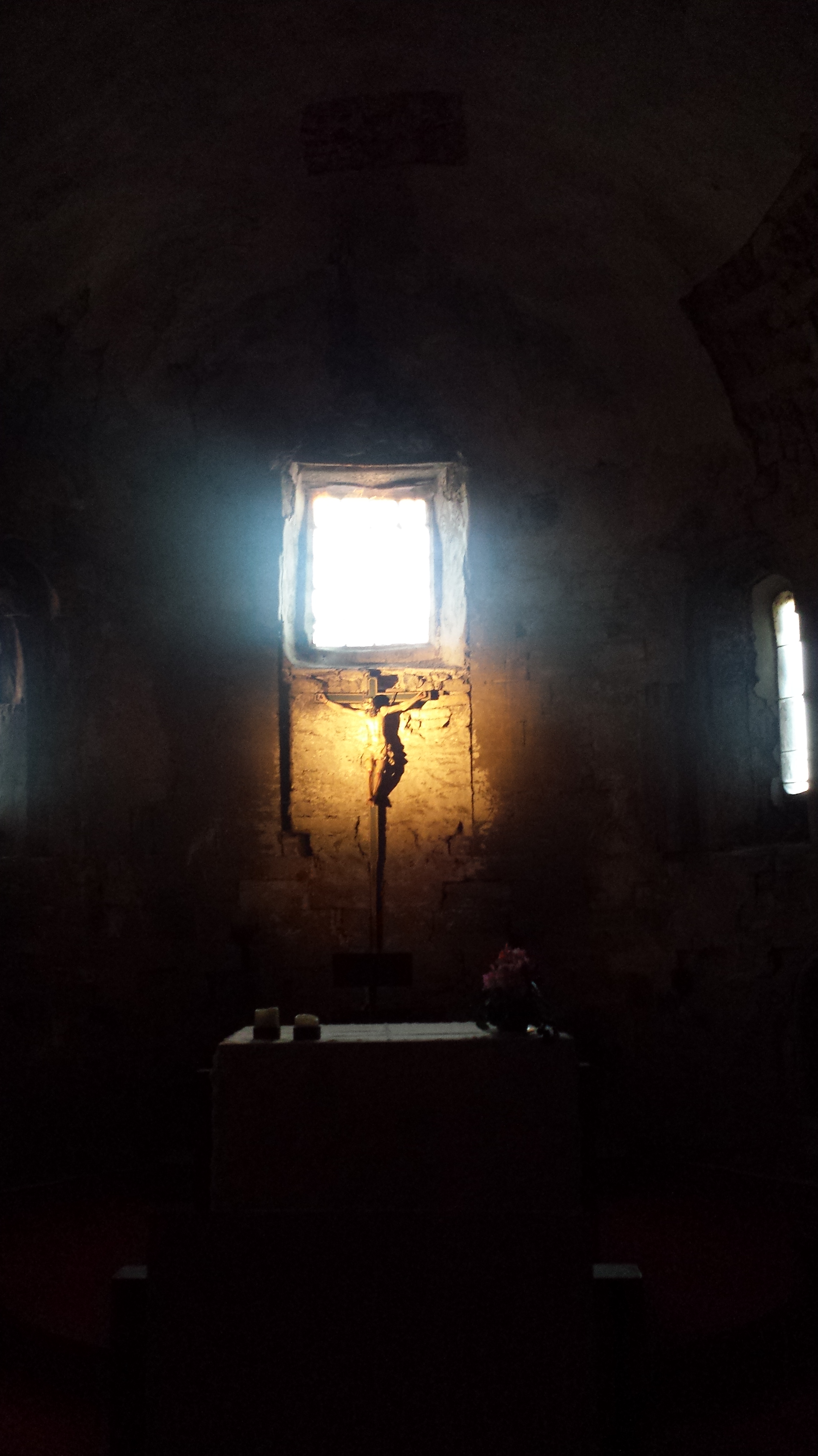 next day what happened.  Just that small touch made me feel better.  Thankfully, I only lost a large oak in the backyard, and it didn’t hit any structures!  Life is good.

The next day I stopped at the church run by the monks.  Of all the churches I’ve seen so far, this was the starkest, and the one I liked the best.

So this day I was on my way to the Cruz de Ferro, where one is to leave their rock or other momento that signifies one’s burden or thing one wants to leave behind.  But it’s a tough climb, so I stop in a little hamlet that was abandoned at one point, but that is now coming back to life to serve pilgrims.  I  stay at the home of Miquel and Jose, in a lovely upstairs room that smells like the fir trees in the PA mountains.  There is literally nothing to do here, so I blog, read and sleep before heading outside to snap a few pictures of this place. 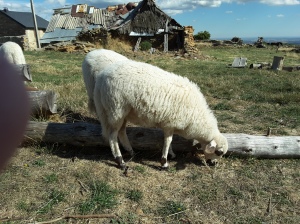 The men run a store and a restaurant, so I have dinner with them, dining with two British women, and a Danish man and woman.  Their food is quite good, and I go to bed content.

And shell. And a huge thank you to www.guiarepsol.com/ for this photo. Once I'm actually peripatetic, I will have my own photos to share with you.